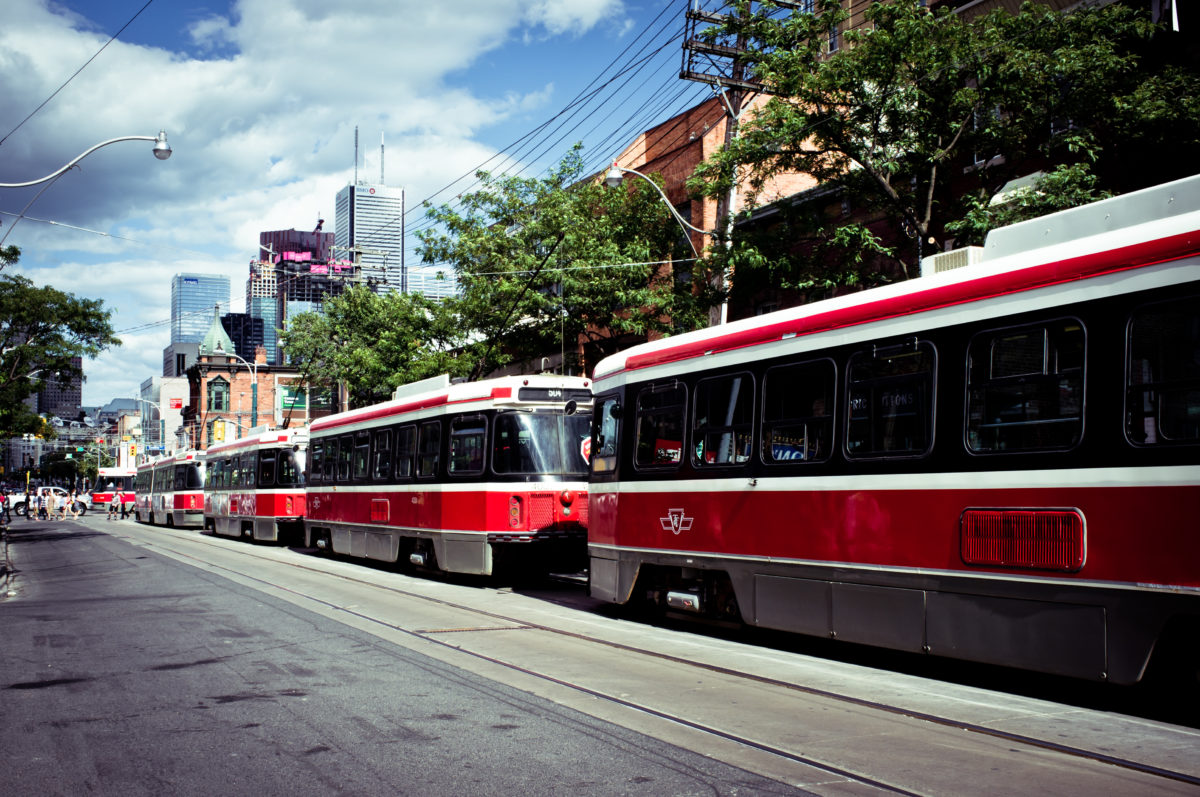 The Future of Canadian Public Transit

Here is something you might not hear very often: it is an interesting time in the world of Canadian public transit. First of all, there are some major problems. Research has estimated that traffic congestion costs the Canadian economy roughly $5 billion dollars a year. That number says nothing about the unquantifiable frustration that millions of commuters are subjected to on a daily basis. But there is change coming. With the recent federal election over, there is now a new nation-wide public transit plan, with a promise of $20 billion in new spending. Across the country transit projects that have been languishing without adequate funding are about to see a lot of money. But building new infrastructure and putting vehicles on the road is only one way to solve our problems. We need to start thinking in terms of the future and not the past.

What does that wishy-washy sentiment really mean? According to a recent CBC article about the relative decline of our public transit, it is policy makers’ outdated 20th century attitudes towards transportation infrastructure that is the source of the problem. The CBC quoted political science lecturer, David Moscrop as he explains why this happens: “The future is abstract, it’s way down the road. We have no idea what thirty years from now is going to look like”. Uncertainty about the future can cause us to resist innovation and change. For example, it just caused the Ontario city of Brampton to reject $400 million in provincial funding for a Light Rail Transit line through their downtown! It is also why – according to the Canadian Urban Transit Association (CUTA) – Canada spends less on transportation R&D than almost all developed nations. These parochial attitudes can only be challenged by outside examples of successful change; thankfully we have and abundance of examples.

In an article by McKinsey & Company they identified plans by numerous cities around the world to digitize their public transit systems to achieve “mobility-on-demand”. This is a whole new model beyond fixed route service. In Helsinki, a plan called Mobility as a Service (MaaS) hopes to eliminate the need for personal cars by 2025. MaaS will allow transit customers to use mobile apps to quickly book and pay for trips by: bus, train, taxi, bike or car sharing. Helsinki is working with the private sector to develop this specific technology. Pantonium is one such software company that already has produced new applications and solutions to transit problems. But it is up to governments and public transit providers to seize the opportunity.

We think the solution should be smarter transportation systems, not necessarily larger ones. Canada’s public transit needs to use mobile and digitization technology to enable services like on-demand transit, which will increase consumer choice and convenience. Overall, our transportation system, including fleet management and traffic-control centers, must become more digital and therefore more efficient by better matching demand and supply in real-time; not days, weeks or months after.

The current Canadian plan is to spend huge amounts of capital on rapid bus transit lines, rail and subways. Vehicle and infrastructure purchases are being funded with the help of provincial and federal governments. But CUTA, the ever persistent researchers, have found that cash strapped municipalities and their transit agencies are left with the responsibility to purchase the software and equipment. Naturally those systems get the least amount of spending because it is only the municipalities paying for them and so technology becomes the weak point for the whole system. Shiny new buses and rail lines make politicians and municipalities look good, but they will not solve the underlying congestion problems on their own.

We need a conversation about transit, and we need to include the private sector innovators that will ultimately produce the the solutions for our transit problems. If provincial and federal governments are so willing to expend huge amounts of money on transit infrastructure, they should also dedicate some of those funds to help obtain and use the latest technology which is a fundamental part of improving transit service. And that is not just Pantonium’s self-interested recommendation. CUTA, a non-profit, made exactly the same suggestion a few years ago. We all want better transit and we all want our tax dollars spent wisely but our leaders and transit organizations are letting us make the same mistakes over and over again.

So get out there and contact your representatives, contact the media, comment on our blog and social media, let’s talk about the future of transit. There is a way out of our eternal traffic jam; we only have to climb on.