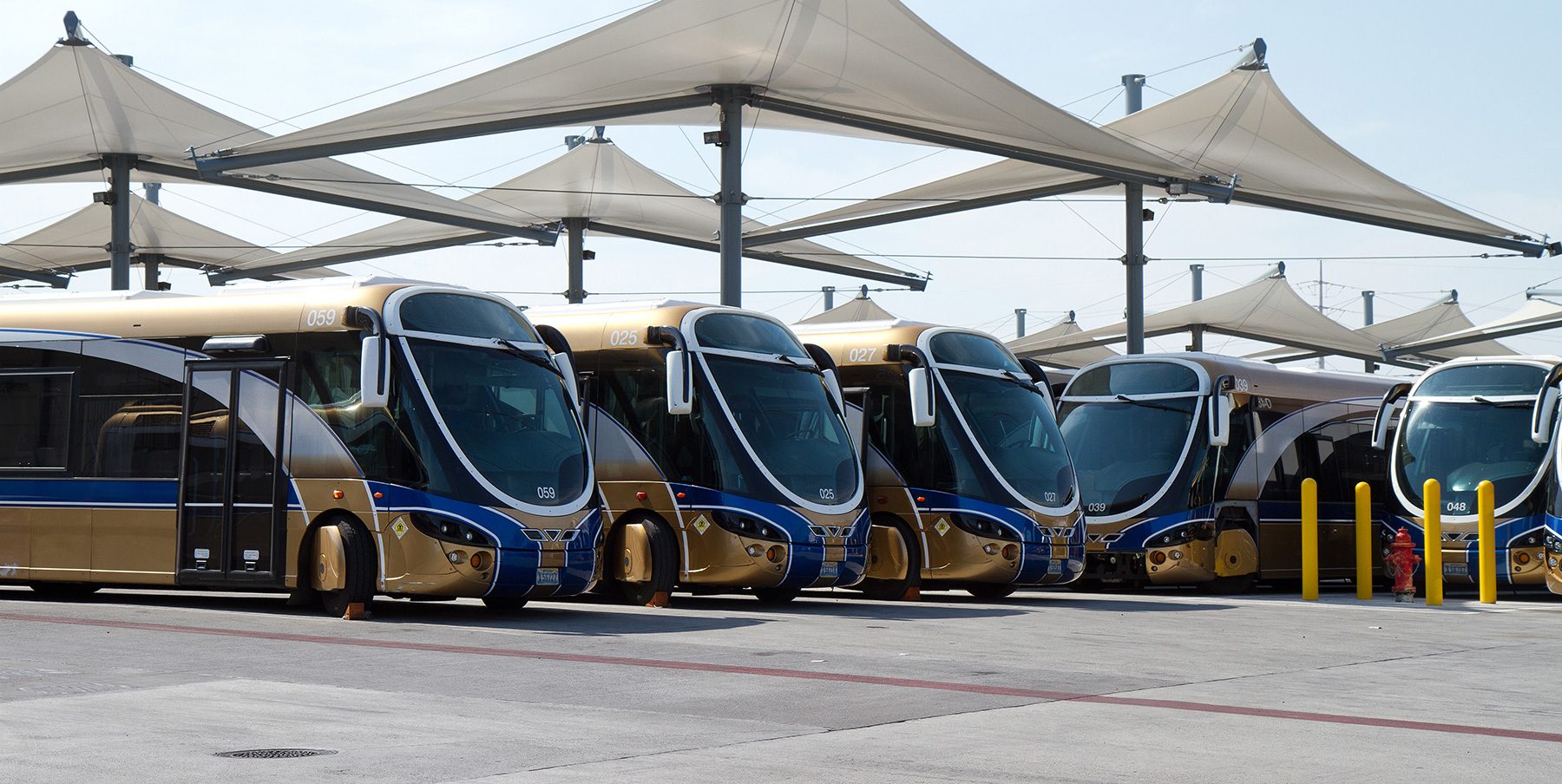 Las Vegas recently explored the use of microtransit with the Trip to Strip program that was launched by the Regional Transportation Commission (RTC) in June 2019. It ferried passengers to and from McCarran International Airport, the Las Vegas Convention Center, and resorts along the Strip allowing riders to be picked up or dropped off at existing bus stops.

While the program transported over 60,000 passengers, it was not renewed after its six-month pilot with RTC officials citing “financial constraints”. Costing $3 million to operate over the six months and generating only $300,000 in revenue, the transit agency lost almost $2.4 million on Trip to Strip.

Las Vegas is no different from other cities facing major challenges in transporting people. With constraints in spending and infrastructure, many governments and transit agencies are looking toward innovative solutions to improve how their citizens move around. Microtransit is one solution being offered to augment or replace existing transit networks. While it tackles transportation in a new way, microtransit may not always be the best option for cities and their transit users.

What Went Wrong With Mictrotransit in Las Vegas?

While the Trip to Strip transit program helped people travel to the city’s popular destinations, it covered a very small geographic area of Las Vegas. Its coverage overlapped with the city’s Strip and Downtown bus routes, likely the highest volume routes operating in the city. By duplicating service with mictrotransit, ridership was possibly diverted from the most efficient bus routes to the Trip to Strip service.

Microtransit can be a tool to connect underserved areas to the wider transit system, however, this was not really attempted in Las Vegas. From the onset, this microtransit program seemed to largely target travellers from the airport to the city’s main landmarks. Full time residents of the city living in underserved neighbourhoods could have benefited with increased transit accessibility, but Trip to Strip didn’t improve connectivity there.

In addition, implementing the Trip to Strip program required significant upfront capital and operational costs. While developing and operating the microtransit program was the sole responsibility of RTC’s contractor Keolis North America, these costs were all baked in to the $3 million fee RTC was charged. The significant upfront costs incurred to set up microtransit are unlikely to be recouped in new operational efficiency from the service.

Las Vegas should make optimal use of its current bus fleet and labour force by looking to incorporate macrotransit as a compliment to its fixed routes. Macrotransit is a form of on-demand transit that uses full size buses and applies autonomous routing using fleet optimization technology. This technology enables fleets to achieve high efficiency while offering a more convenient travel experience, vastly increasing service coverage, and raising overall ridership.

Offering real-time fleet optimization, macrotransit technologies remove the wastefulness of fixed route transit while achieving higher operational efficiency than traditional demand-response or mictrotransit solutions. Riders can be picked up or dropped off at any transit stop while routing self-adjusts to demand patterns in real time, constantly optimizing for overall fleet performance. The efficiencies achieved by multi-loading passengers, combining trips across the system, and self-optimized routing is not easily mimicked by microtransit.

Macrotransit’s optimized routing would also permit service coverage to be amplified city-wide and allow users to travel across the system on a single ride without transfers. Together these advantages would increase ridership and simultaneously eliminate underserved areas. Scaling microtransit to cover large areas is extremely expensive, while covering the same area with optimized macrotransit is feasible and likely to save agencies money in comparison to fixed routes.

In Las Vegas, fixed routes could continue to operate on the city’s high volume arteries while macrotransit serves remaining demand from other areas. The worst performing fixed routes, especially in subdivisions and isolated communities, could be replaced with on-demand macrotransit that improves ridership and connectivity to the overall transit system.

Transit agencies are right to seek out new technologies to enhance service for their residents, but rigorous thought needs to be put into understanding the needs of riders and what changes would improve their travel. While microtransit has spread in the past few years, it is unlikely to be the most helpful solution for transit agencies. For most cities, adding macrotransit should be a top consideration to improve their transit services.