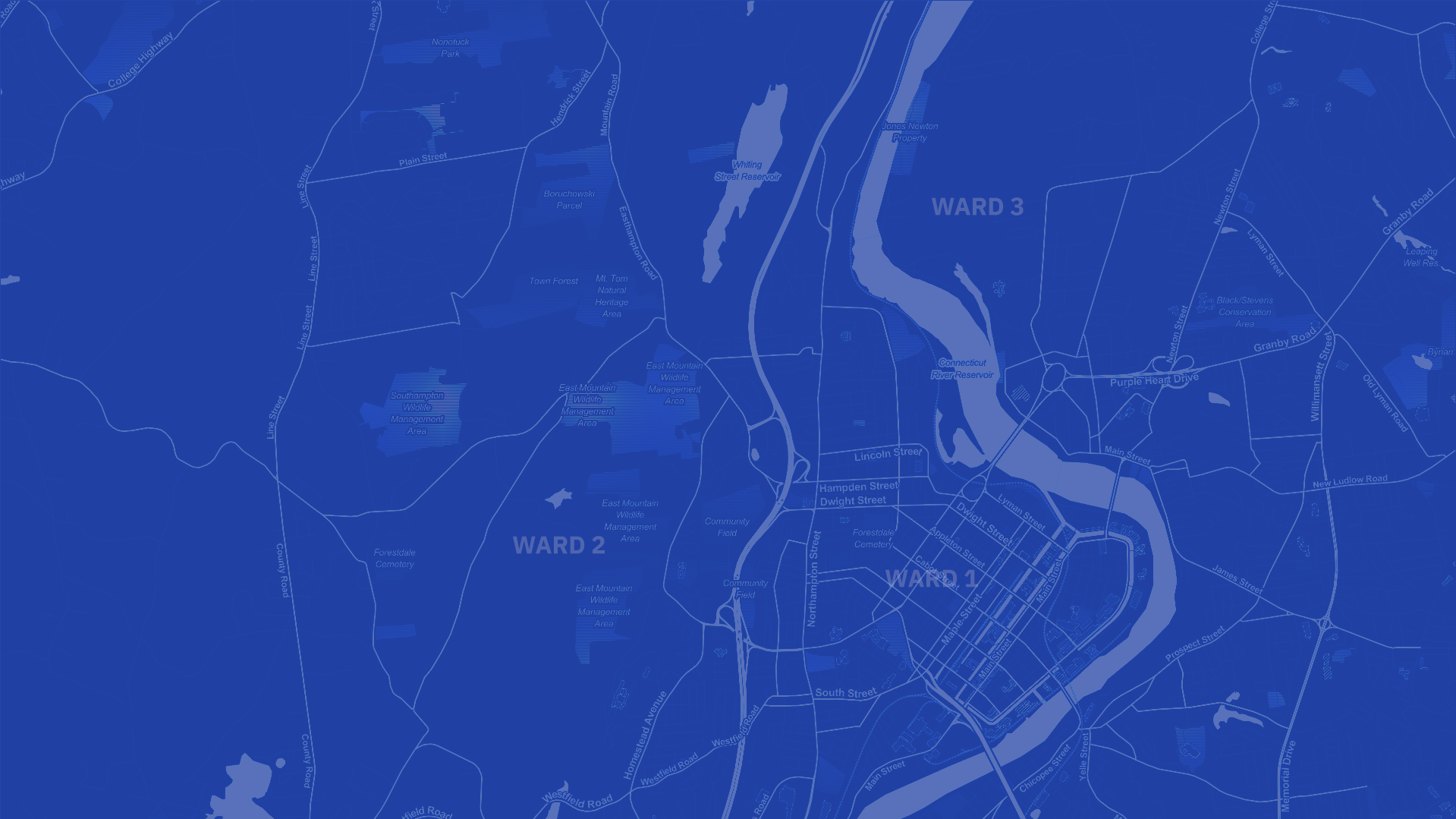 When a a public transit agency is considering adopting an on-demand transit service they are going to be faced with the challenge of defining the service area and model. In many cases a transit agency might think there is only one way to provide on-demand or demand responsive transit and this might limit their willingness to adopt this model. In fact, no matter what city and transit situation, there is a way to deliver on-demand transit in a way that is more economical than fixed route service. This post is an illustrated guide to the three approaches that capture most of the possible models for on-demand transit.

Below is an example of an existing transit agency’s fixed route system. This system has three fixed routes, all servicing the higher density areas of the city. These fixed routes do not provide service to the northeast, west, and southeastern parts of the city. How can we create or integrate an on-demand service with this existing system? 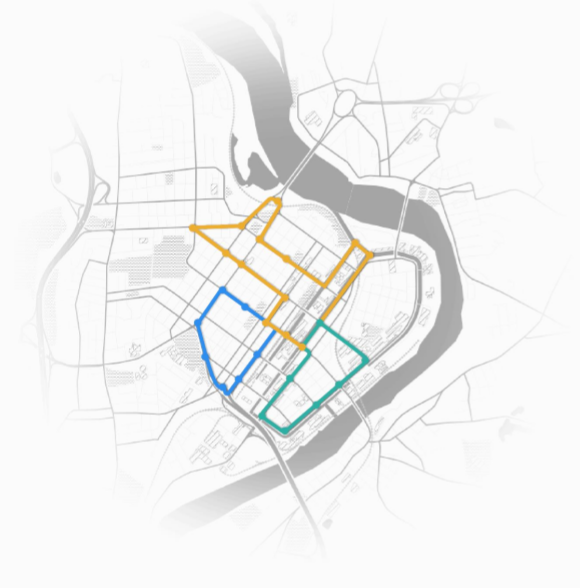 An example of a small town fixed bus route, three routes are covering the main area of the town

In this model, we replace all fixed routes with an on-demand service that is the only available service for all or part of a day (i.e., night service). With a primary system, we do not have any coordination with fixed route services as there are none. This is best for when the entire transit network is operating very inefficiently. It allows stop-to-stop travel for riders from any stop to any stop in the system. 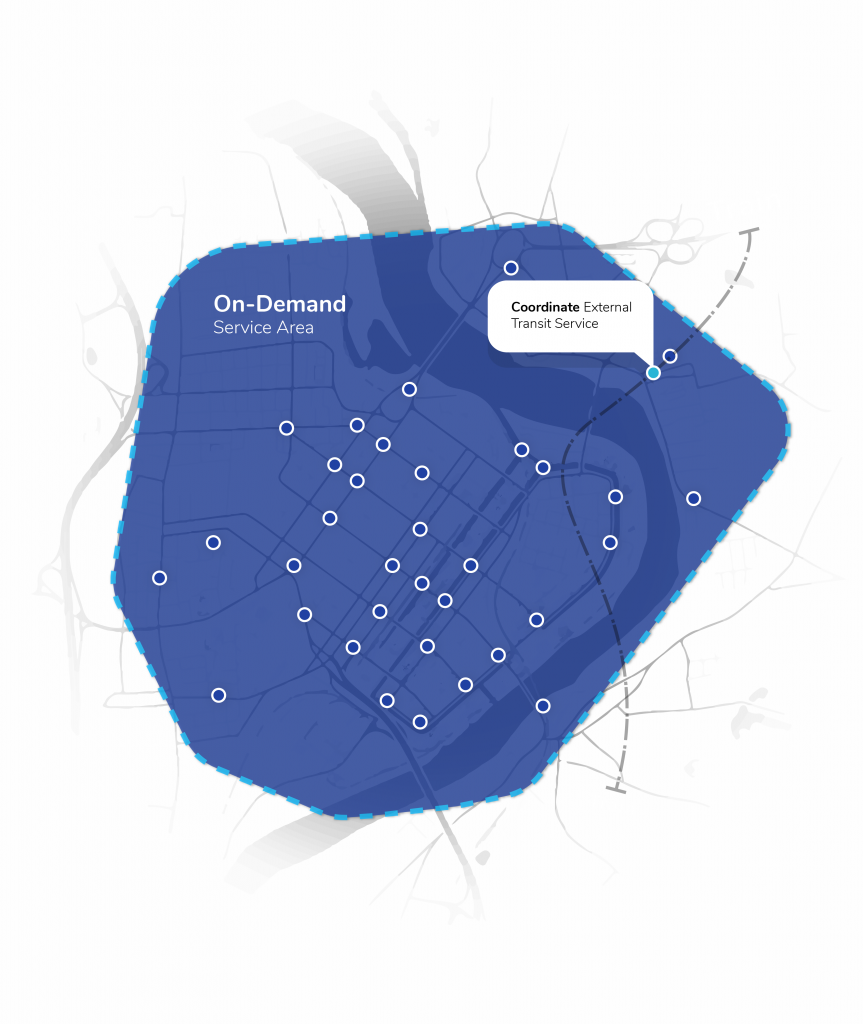 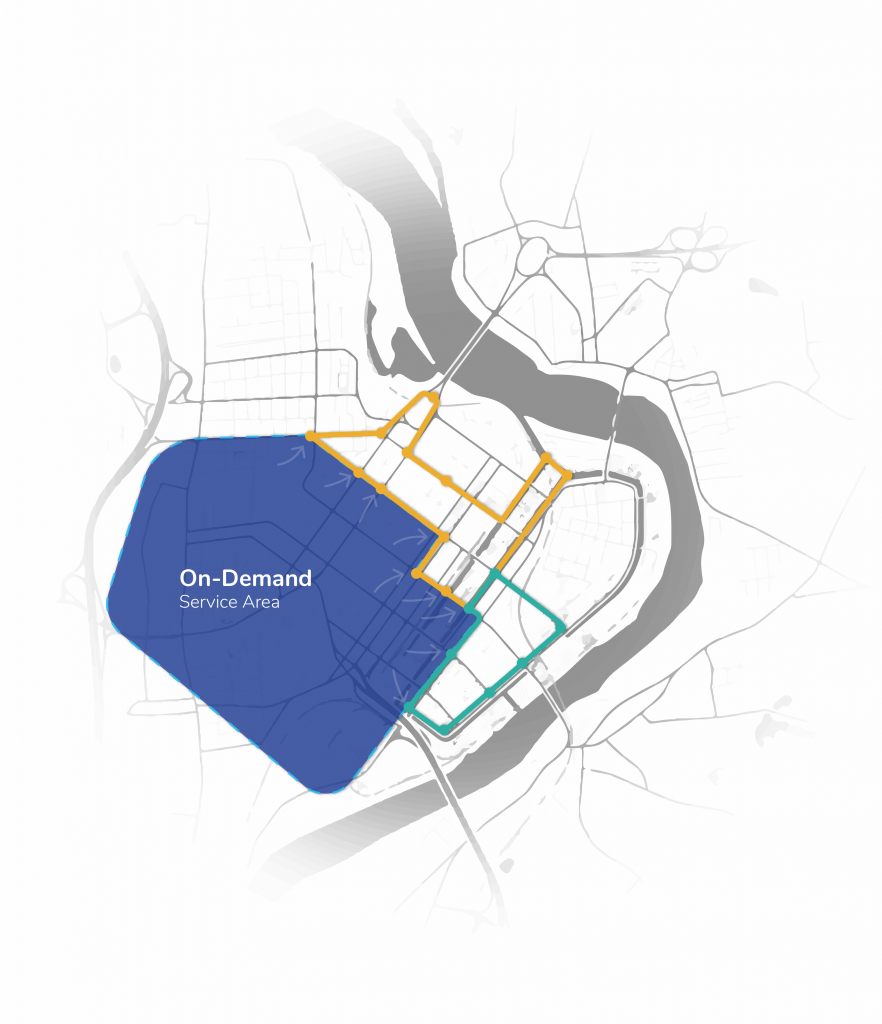 Most transit agencies have areas that are not covered by any transit service. Rural counties, new subdivisions, or areas at night time are all difficult for effective fixed route service. By adding a supplementary on-demand service to provide access to areas that have no service agencies can cover those fringe areas. The primary distinction between complimentary and supplementary is that while a complimentary system will impact existing routes and riders – adding a supplementary on-demand service will have no impact on existing service. 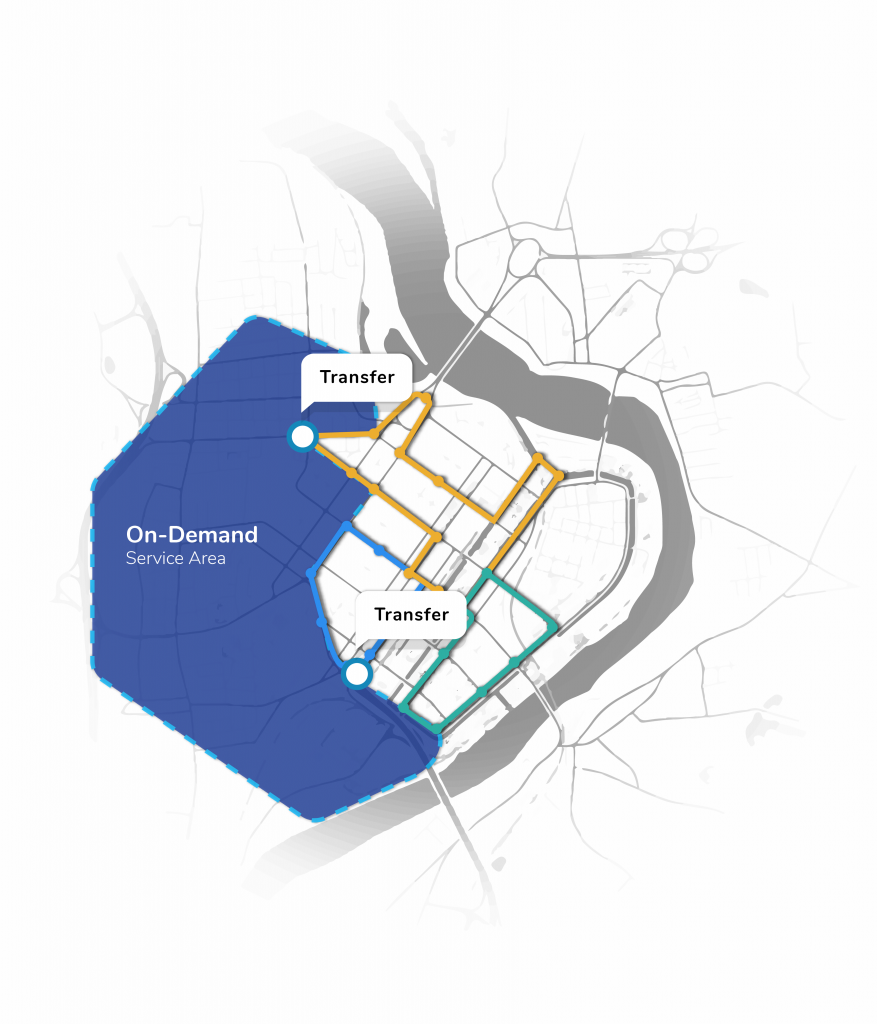 With a combination of these three models any municipality can solve the age old transit problems of properly allocating vehicles to meet rider demand. What model will work best for where you live? Let us know in the comments.