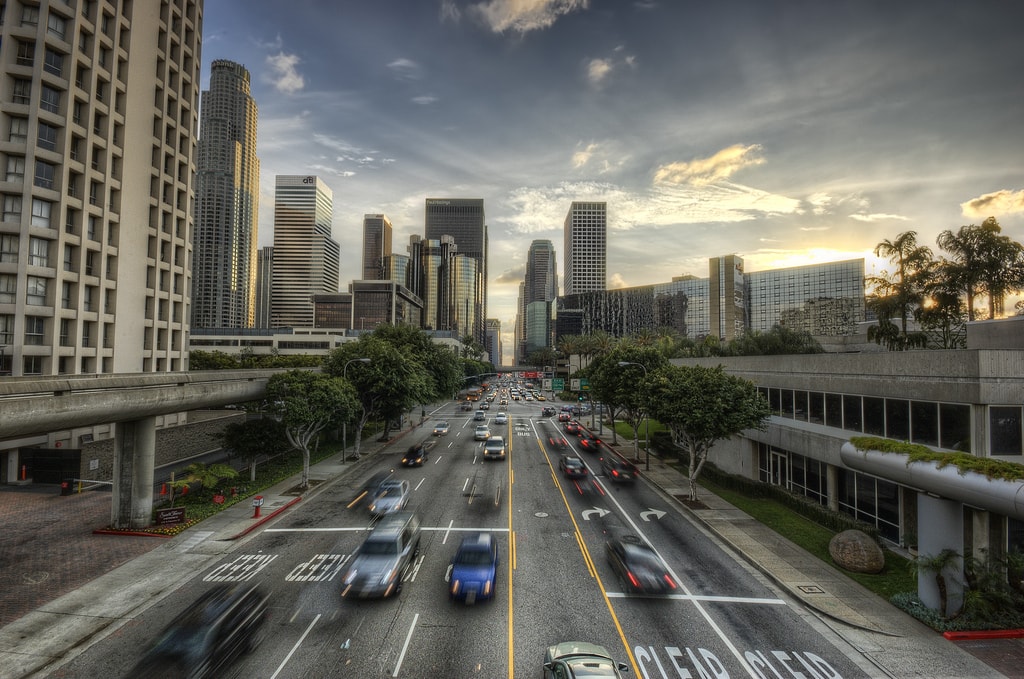 What are the trends in people transportation and where are they going in five, ten and fifteen years? To answer this the National League of Cities released a report in 2015 called The City of the Future, describing the effects of current technology trends on people’s mobility. From looking at what is happening in the industry we can see there are radically new solutions for people transportation and public transit ready to be implemented in the the next few years. The transportation system of the future is waiting to be built, would you like to know more?

Right now you can take out your smart phone and in a few clicks it will tell you how to get somewhere by walking, riding a bike, driving, or public transit. Anyone can use google maps, anyone can access their local transit schedule, and anyone can now open up a variety of transportation network company apps (TNC) and see how much it will cost for a trip. This is all public data. The question becomes, how can we use that data.

Obviously people are already using it in an ad hoc fashion; but as Peter Torrellas claims in The City of the Future, “the next big thing will be centered around the automation and digitization of these systems.” Not only will riders be getting information but so will the transportation operator, drivers and vehicles, thus we can begin “optimizing and directing the whole transportation network.” This is not a distant proposition, as Torrellas notes, “Algorithms make 60-70 percent of the trades on Wall St. and the same trend is happening in transportation.”

The City of the Future report lists applications of new technologies to transportation already taking shape across the world. Santa Monica, CA is considering a recent proposal includes a pilot on-demand late night and weekend service, their customers will use an app to make reservations with various transportation providers to take riders to a central hub station. In Finland, there is Kutsuplus (Finnish for “call plus”), a fee-for-service mini-bus lets riders specify their own desired pickup points and destinations via smartphone; these requests are aggregated, and the app calculates an optimal route that most closely satisfies all of them. There are also private models cropping up all over the world. Bridj, is an on-demand bus system that currently operates in Washington, D.C., and Boston. Their app tracks all users and produces “pop-up” stations to direct users to congregate and then shuttles are dispatched to whisk riders away. It is only a matter of time before public transportation will begin to use similar on-demand models.

Radical changes to public transit did not usually happen overnight, but they do now. In Houston, where public transit had faced plummeting ridership for the past decade, they decided to completely change their entire bus system by scrapping routes and creating new ones, after months of demand analysis they made the switch to the new system overnight. If Houston can change its entire system so can a small or medium sized city. And those smaller cities, suburbs and rural areas that should be interested in the bounties of technology. Chris Zeilinger of Community Transportation Association of America says this about the non-metro areas: “People are looking for transit in small cities, they are looking for Complete Streets-type networks that make it possible to walk or bicycle in small cities, people are interested in shared mobility solutions”. These smaller transit systems are nimble, less complex, evolution should come easy and because of their relatively scarcer resources they will have the most incentive to change.

All this automation will make it possible to have a much more sophisticated, responsive transportation system. This type of system can do more than just scheduled fixed routes. This is important for low density areas like suburbs and small cities where you have a smaller number of people spread out over a wide area and fewer buses to go around. This is where knowing exactly where your customers are, and exactly where your vehicles are is key. But you also need the transportation management software to organize and control the whole operation, humans cannot keep a dynamic system running in a consistently. That is why Wall St. has algorithms to make trades and it is why we need algorithms dispatching our buses and cars. The technology is all here, ready to go, we just need the political will and the vision to build the smart transportation systems of the future.