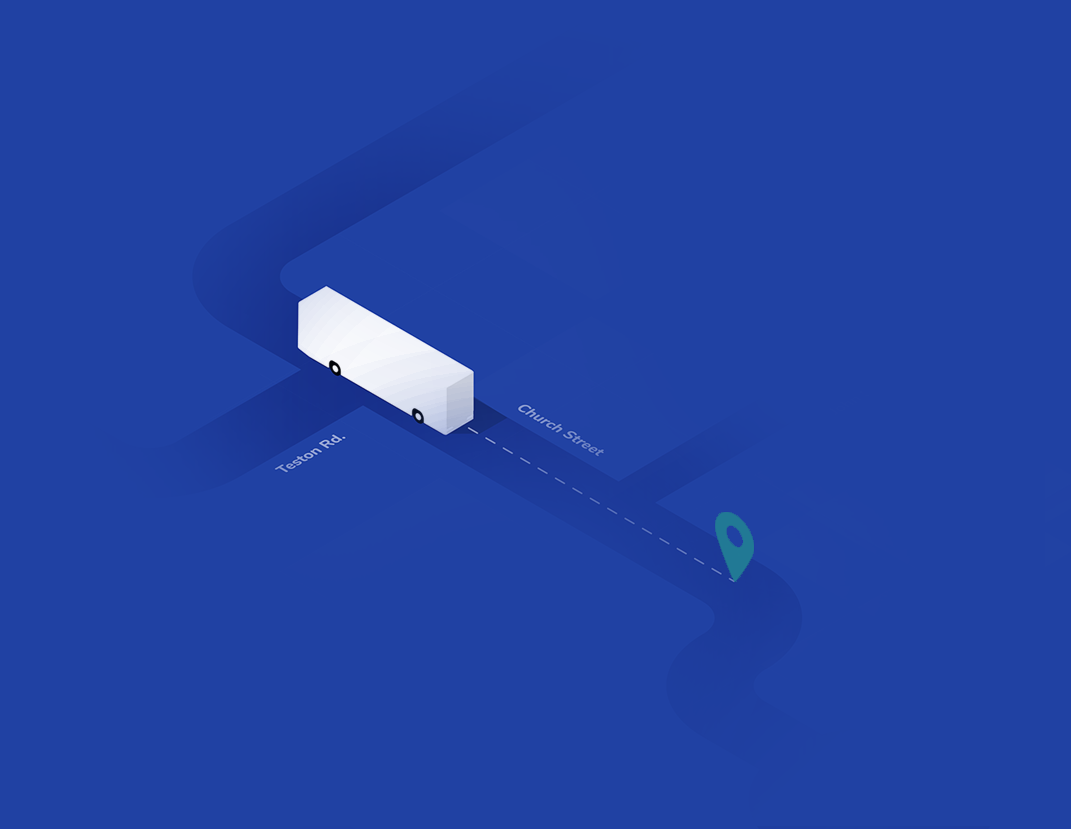 Public transit has seen little change over the last 50 years.  Vehicles run on fixed routes at predetermined times and riders plan their routes and timing according to the transit schedule.  But with new technology, public transit does not have to be this way.  In the fall of 2018, Pantonium, a Toronto-based technology company, began a pilot project with Belleville, Ontario, which proved that public transit can run on-demand without fixed routes. With a combination of operational changes and artificial intelligence, Belleville transit used technology to increase the quality of service to riders, reducing ride time and increasing service area.  Instead of buses following a fixed route, the technology created journeys based on passenger demand dispatching buses only to stops requested by riders. After three months, Belleville saw a 300% increase in monthly ridership and a per vehicle increase from 6 riders per hour to over 30 riders per hour.  This change was made without costly consulting fees, using Belleville’s existing infrastructure, and without any human dispatching.

Although it is typically overlooked as a prime public transit option – the bus is the best option to re-design public transit in lower density areas combined with technology. Pantonium’s hybrid on-demand public transit system uses automated algorithms to determine the best route to meet rider demand, in real time.  Unlike streetcars and subways, buses are not limited by rails or wires and this allows them the freedom to move about according to rider demand.

When trying to improve the convenience of public transit many people look to the more traditional “taxi-esque” model of using software to arrange pick-ups and drop-offs of people from door to door.  However, this is not public transit and the model is too costly and does not move enough people to function at a municipal level.  Due to the high labour cost, taxis are a luxury service for which there is limited demand. Instead, a hybrid on-demand public transit model relying on traditional bus stops is better suited to meeting the challenges of increasing public transit service and efficiency in lower density areas.  The difference between these two approaches to public transit has been seen in a few different municipal transit projects across North America.

The “taxi-esque” approach to public transit has been seen in Arlington, Texas and Innisfil, Ontario where small vehicles were dispatched to pick up riders in response to requests.  These systems offered pick ups at the user’s door or at pre-determined locations and served between 3-6 people per hour and operated as more of a ride-sharing service, using only basic computer intervention. In Arlington and Innisfil rides cost between $20-$25 per ride which was highly subsidized through public funding.

In contrast, Belleville, Ontario, has implemented a hybrid on-demand public transit system  using artificial intelligence and existing infrastructure. The system breaks buses free from their fixed routes and creates journeys based on user demand.  By freeing the buses from fixed routes and servicing only where riders wanted to go, the 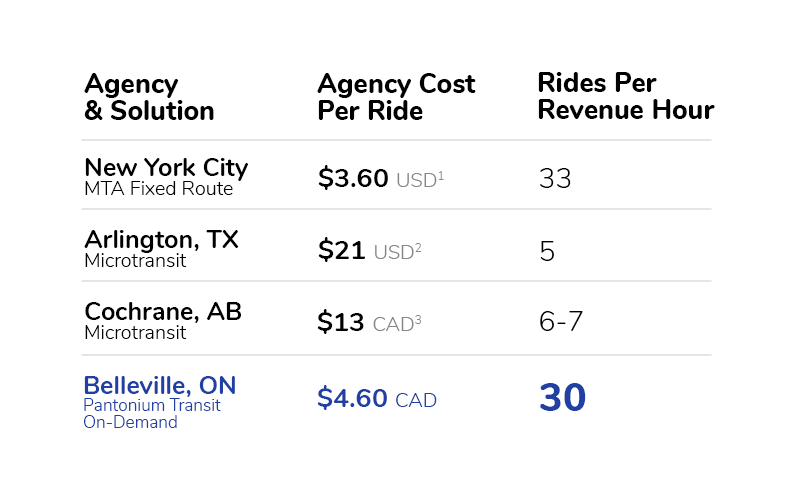 system services over 30 people per hour on a rural night bus route – a figure in line with daytime urban ridership in New York City at a cost of only $4 per ride.  Belleville implemented the software using existing assets and without arranging for costly consulting.  The technology autonomously inputs all data from ride requests and arranges for journeys in real time, without human intervention.

In modernizing public transit to better serve less dense areas it is important to maintain focus on the goals of public transit.  The aim should not be to create a public taxi service and shift the cost of private taxi rides to the public purse.  The goal should be to create a system that serves the needs of people to efficiently get where they want to go while balancing cost, access and service quality.

In order to bring public transit into the 21st century cities need to look at buses with a fresh perspective.  Neither fixed routes or traditional on demand transit appropriately meet the needs of riders outside of urban cores.  Technology is the answer and it can save taxpayers a lot of money all the while giving riders a better service that gets them where they need to go for a fraction of the cost.